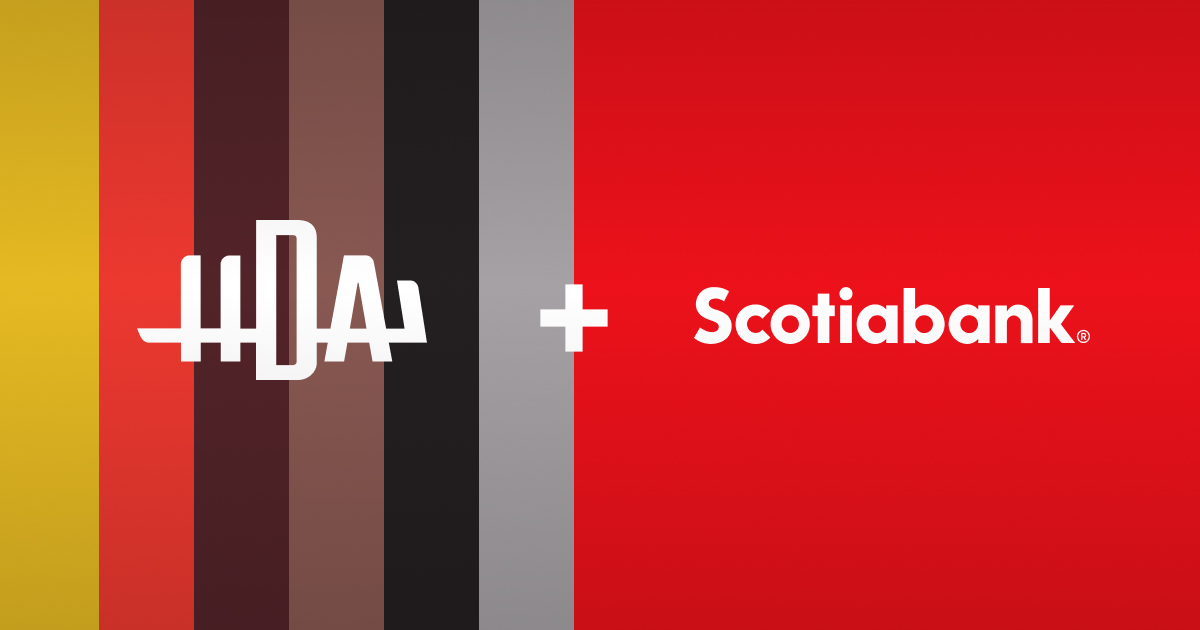 TORONTO – Wednesday, February 10, 2021 – Scotiabank today announced a sponsorship agreement with the Hockey Diversity Alliance (HDA) to further their collective mission of eradicating systemic racism in the game of hockey.

As a Founding Partner, Scotiabank’s sponsorship will help the HDA deliver grassroots programming designed to change the face and culture of the game at all levels. Scotiabank will also work with existing partners – beyond hockey – to introduce the recommendations put forth by the HDA and use its influence as a force for change.

“Scotiabank is committed to opening up the game of hockey so that future generations of players from diverse backgrounds see themselves in the sport,” says Laura Curtis Ferrera, Chief Marketing Officer, Scotiabank. “As the official and exclusive Bank of the Hockey Diversity Alliance, we believe that Scotiabank is uniquely positioned to support the HDA in achieving its mission of eradicating systemic racism and intolerance in the sport.”

The HDA was formed in June 2020 by nine current and former NHL players, all of whom come from minority backgrounds.

“The Hockey Diversity Alliance is pleased that Scotiabank has embraced our vision of eradicating racism from the game that we all cherish and love,” says Akim Aliu, a veteran NHL player and founding HDA member. “As a younger player, I had a chance to succeed in hockey, and in life, because I had supporters standing beside me. Scotiabank’s announcement provides exactly that kind of support, and it will make a real, tangible difference in the lives of young players today.”

“The Hockey Diversity Alliance appreciates Scotiabank’s commitment to introducing BIPOC kids to the game of hockey and helping them overcome barriers like the high cost of equipment and a lack of programs in some communities,” says Wayne Simmonds, Toronto Maple Leafs forward and a founder of the HDA. “We’re excited to work with them on initiatives that will support young players of colour throughout their lives in the game, from the first time they put on skates to the day – for some – they play or coach in the NHL.”

Soon after its inception, the Alliance released the HDA Pledge to help guide the NHL and other hockey leagues at all levels through anti-discrimination education and training, setting hiring and procurement targets, and creating grassroots initiatives for BIPOC youth. They participated in a two-day pause of the NHL Stanley Cup Playoffs at which time the HDA led a discussion and reflection upon instances of racially-motivated violence in society and discrimination in the game. Scotiabank supports the HDA pledge.

Today’s announcement is just one of several ways Scotiabank has demonstrated its commitment to diversity in the game of hockey. To date, the Bank has investing in the following initiatives:

Scotiabank is a leading bank in the Americas. Guided by our purpose: "for every future", we help our customers, their families and their communities achieve success through a broad range of advice, products and services, including personal and commercial banking, wealth management and private banking, corporate and investment banking, and capital markets. With a team of over 90,000 employees and assets of approximately $1.1 trillion (as at October 31, 2020), Scotiabank trades on the Toronto Stock Exchange (TSX: BNS) and New York Stock Exchange (NYSE: BNS). For more information, please visit http://www.scotiabank.com and follow us on Twitter @ScotiabankViews.

Scotiabank is the Official Bank of the NHL®, Toronto Maple Leafs (who play at Scotiabank Arena), Winnipeg Jets, Calgary Flames (who play at Scotiabank Saddledome), and Edmonton Oilers. The Bank also supports the Montreal Canadiens and is a sponsor of Hockey Canada and the PWHPA. Since 2008, Scotiabank's Community Hockey Sponsorship Program has supported over one million kids and counting through its involvement with minor hockey teams in communities across Canada. To find out more about Scotiabank's hockey programs, please visit www.scotiabankhockeyclub.com.

The Hockey Diversity Alliance was formed by NHL players of color to create a platform to end racism and intolerance in hockey. Both inspired and shocked by actions across North America in the wake of the death of George Floyd in 2020, and drawing on their own experience, these players quickly determined they could mobilize and draw attention and resources to help resolve the racism and intolerance they – and countless others – have faced throughout their lives and careers.

For media enquiries only

NHL, the NHL Shield and the word mark and image of the Stanley Cup are registered trademarks and NHL Alumni name and logo are trademarks of the National Hockey League. © NHL 2021. All Rights Reserved