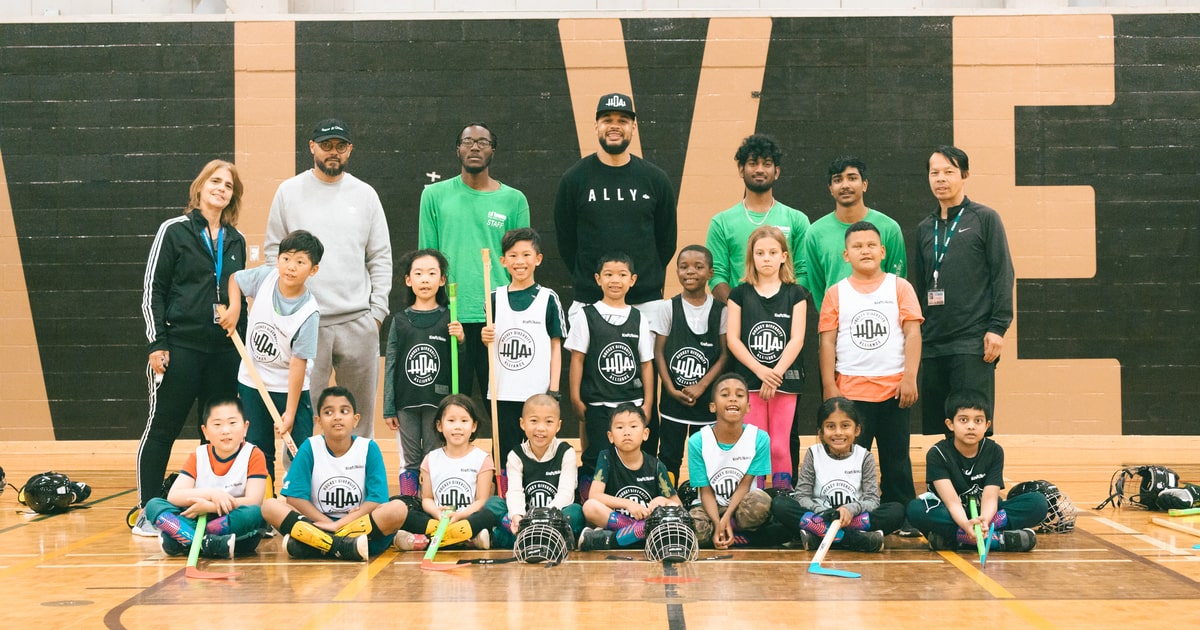 Grassroots program makes sport accessible to children of every background

The Hockey Diversity Alliance (HDA) will inspire the next generation of young athletes with a new program designed to bring hockey to children from diverse communities underrepresented in the sport.

"We know from experience that kids of colour are often unable to play hockey because of access. Through HDA Ball Hockey Skills, we're removing barriers by bringing hockey to kids in their own neighbourhoods so kids from every kind of background and every circumstance feel welcome in the sport we love," said Akim Aliu, Chair of the HDA.

Starting in Toronto and running until June 30, HDA Ball Hockey Skills Pilot Program offers an introduction to hockey to children between six and 15 years old who aren't registered in an organized league.

Founding HDA member Trevor Daley, who is from Regent Park – one of the five pilot communities for Ball Hockey Skills – is thrilled to see the program come to life. "It's an honor for us at the HDA to provide opportunities to underserved communities that many of us grew up in. It takes a village to raise a child and we are steadfast in our mission to be the organization that provides the resources to our youth that will allow them to reach their fullest potential, no matter where they come from," said Daley.

This year, the free program is starting in communities in Toronto with a high proportion of BIPOC residents. It is currently available at:

Retired NHL player Chris Stewart, also a founding member of the HDA, grew up in Scarborough, just minutes from the Malvern Community Centre.

"I wish I had a program like this when I was growing up. The Malvern Rec Centre was like a second home to me, and now to be part of a group that is bringing such a positive environment to my community is a blessing," said Stewart.

So far, more than 160 athletes have participated in HDA Ball Hockey Skills, which runs sessions catered to specific age groups one hour a week for six weeks. The program is sponsored by Kraft Heinz Canada, in partnership with the City of Toronto.

"We are proud to partner with Akim Aliu and the Hockey Diversity Alliance to bring programming to underserved communities in the Greater Toronto Area," said Michael Thompson, Deputy Mayor of Toronto. "Participating HDA players, many from the GTA, draw upon their life experiences to help create a brighter future for young people. The City of Toronto encourages such programs which aim to make hockey more inclusive and accessible for all."

Thanks to sponsors, all HDA grassroots programs are free of charge. HDA plans to extend the program to other cities and communities.

The Hockey Diversity Alliance (HDA) was formed by NHL players of colour who saw an immediate need to organize and create a platform to end racism and intolerance in hockey. Committed to inspiring a new and diverse generation of hockey players and fans, the HDA works to improve accessibility at community levels while educating and encouraging accountability from leagues and leaders through anti-racism and unconscious bias education.